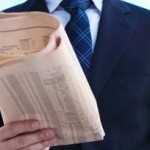 Yesterday’s publication by H M Treasury of the result of their consultation on the reform of private pensions has clarified a number of areas where there was doubt about the effect of the changes outlined in the March Budget.

In many ways the announcement made by the Chancellor of the easing of restrictions on drawing from pension funds was contrarian. There had been widespread speculation that the tax charges on funds would increase, that tax relief on contributions would reduce, and that the ability to take the tax free lump sum from the fund before beginning to draw on the pension would be curtailed or even withdrawn.

The opposition was in the forefront calling for such changes, and has maintained its position following the Chancellor’s announcement. Ed Miliband has called for the lump sum to be limited to £36,000, but it is entirely possible that the tax free lump sum will be abolished altogether by a future government anxious for additional funds for public expenditure.

Pensions minister Steve Webb advised last week that the option to take a 25% cash lump sum from pensions free of all tax would not be scrapped under the Government’s reforms, and yesterday’s proposals confirmed that. What has not been decided is the rate of tax which will apply on pension funds in the event of the death of the holder when aged 75 or older, or when under 75 where the pension is in payment.

Under the existing rules:-

Yesterday’s announcement confirms that the Chancellor thinks that the 55% rate is too high, but he will not decide on the new rate until his Autumn Statement. It seems likely it will be in the 35%-45% range.

Pension holders aged under 75 with undrawn funds, that is those in situation 2 above, face the dilemma.

It seems certain that in future ability to take the 25% tax free will be at least curtailed, but to take it now places the remaining 75% at risk of a 55%  tax rate on death as opposed to 0% if one does nothing and is careful to die before one is 75.

This appears to be the more attractive option, but one could find that the tax free option is withdrawn and the whole fund in future is liable to the 55% rate. That 55% rate, as mentioned above, is likely to be reduced for 2015/16, but who knows what rate a future government might impose.

There are possible answers to this dilemma, involving taking the 25% lump sum now and effecting two term cover policies. Such irrevocable steps would of course demand a full financial review of the holder’s family and financial circumstances.