Pensions (continued) and a cautionary tale

Our blog in 2014 on Pensions (“the saga continues”) outlined the approach the then Chancellor was taking on the taxation of pension fund death benefits. A recent case in Scotland – Alliance Trust Savings Ltd v Currie 2016 CSOH 154 – illustrates one of the traps into which the unwary may fall.

As we indicated in 2014 the rules for a death prior to 5 April 2015 were that, in the event of the death of a pension holder whose fund had crystallised, a tax charge at 55% was due on the fund before payment to be nominated beneficiaries. Donald Currie had died on 31st August 2012. His pension fund appears to have been crystallised during his lifetime and his three adult children were the beneficiaries he had nominated to receive it. It is claimed that on 26 September 2012 an employee of the pension fund administrators (Alliance Trust) advised the childrens’ solicitor that one of the options the children had was to receive the fund (£927,413) as a lump sum payment less 55% tax charge. So far so good (and so correct!).

Sundry correspondence then took place before a different Alliance Trust administrator advised the children direct that they could take their one third proportion of the fund as a tax-free lump sum payment. This apparent volte face proved to have disastrous consequences since it was followed by payment of the entire fund to the children against an indemnity in favour of Alliance Trust.

The case now before the Court of Session concerns the attempt by Alliance Trust to recover from the children the tax due of £510,075. The apparent overpayment to the children was made due to a mistake in fact, and can be reclaimed by Alliance Trust unless the children can show that they had a reasonable ground for believing that the gross sum was due to them and that they acted upon such reasonable belief in such a manner as to make the repayment unjust. After a debate on the preliminary pleas in the case, evidence in support of their defence will now be heard at a further hearing.

So, what are the rules now? We need to be aware to avoid being drawn into such costly litigation.

The tax treatment of death benefits paid from a pension fund is determined by:-
(i) Age at date of death.
(ii) Whether or not the fund is transferred to a beneficiary within two years.

Death before 75
If death occurs before 75th birthday and the fund is transferred to a beneficiary within two years, it will be paid tax free. If the beneficiary opts to retain the fund as a pension fund and take income from it, he does not need to take the money out of the transferred pension fund within the two-year period but can hold off and take income as and when required. The tax treatment is the same regardless of whether the beneficiary opts to take the fund as a lump sum or as a pension fund.

Death after 75
On death after the 75th birthday (or earlier but the pension fund is not transferred within two years) then the fund will be taxed as income, whether the beneficiary takes it as a lump sum or retains it as a pension fund to provide an income. If the beneficiary is not an individual, for example a trust, then benefits will be paid as a lump sum, and this is taxed at 45%.

Payment to a charity
If the original pension holder has no dependants, and a charity has been nominated by him, a payment will not be taxed. 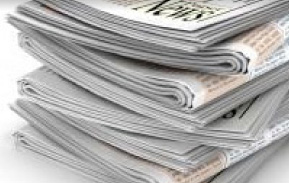